You must have visited a zoo at least once in your life, seeing animals there is boring, isn’t it? Then there are the national parks, where you see animals and birds at 100% wild mode, which becomes long-lasting memory. Do you want to visit the best national parks in India? Here are the 10 Best National Parks in India for Camping and Seeing Wildlife from Up-close

The earliest national park in India, the Jim Corbett National Park, was particularly established in 1936 to protect the Bengal tiger. But, don’t be fooled by this fact. Around 650 species of birds reside here, so you are bound to make many sweet memories.

This national park in Gujarat is a rare treasure, as it is the only residence of the Asiatic lion, the true emperor of the forest in our world. Situated in the Gir Somnath, Amreli, and Junagarh districts, this vast forest will give you an unforgettable experience with more than 2000 species of beautiful animals and birds.

The Ranthambore National Park is a landmark in itself. It is one of the most famous national parks in Rajasthan and an ideal destination to see the tiger. Furthermore, after exploring the park, you need also to visit the Ranthambore Fort, another feast for the eyes.

When talking about national parks in India with forts, you can’t ignore the Bandhavgarh National Park in central India. Another one of the most popular places in India, the fleeting dry forests with open grasslands here makes it even more beautiful. Overall, another ideal location to see beautiful birds and animals.

When shooting facts about national parks, it’s important to tell your audience about the Kaziranga National Park, a UNESCO World Heritage Site and house to the rare protected species of the one-horned rhino. However, other iconic animals are not a rarity in this wide-open grassland area.

Hands down, the Hemis National Park is a favorite for adventurers, trekkers, and everyone else in between. More than 10000 feet above sea level, you won’t see any vegetation here, but its beauty lies among the snow-covered mountains and clear starry night skies, perfect to set up a tent and see the snow leopards, which are the most here than anywhere else in the world.

The unique thing about the Sunderbans National Park is that you can’t travel here in jeeps and on your feet. So how do you explore it with India by Car and Driver? The answer boats, which makes navigating around this swamp forest a soothing experience.

Lush hills, trekking trails, lakes, rivers, and diverse wildlife are just the tip of the iceberg for the Periyar Tiger Reserve, one of the famous national parks and UNESCO World Heritage Sites in South India.

Also Read:- How to Reach and Things to do in Periyar Wildlife Sanctuary

The best thing about the Great Himalayan National Park is that it recently got awarded the title of a UNESCO World Heritage Site. The national park demonstrates the essence of the highest mountain range with elevations from around 5000 ft and crossing 19500 ft so that you will enjoy the entire Himalayan vegetation and various species.

As the name suggests, it’s apparent that you will see lots and lots of blackbucks here. This unique park, created to protect this rare species, is full of golden grass and a few trees here and there, giving you an up-close and better view of the beautiful animals and birds.

Are you excited about a fun time in a natural setting? India by Car and Driver offers the best India Tour experience with travel bundles that go beyond your expectations.

If you have any question regarding the 10 Best National Parks in India and Tour Booking, Feel free to call us anytime at +91 9829807074 or visit our official website for more tours and packages at www.indiabycaranddriver.com 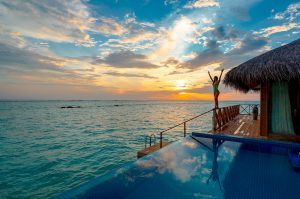